Current Location : Sacramento, CA
(Still missing our boat life at times, but enjoying a summer with AIR CONDITIONING.....and without thunder and lightening....coupled with the anxiety of it hitting our mast).


While living on a sailboat, access to media entertainment changed drastically from our land living days.  No longer could we flip the switch and cruise a thousand channels to watch current television shows, movies or sporting events (much to Mickey's chagrin).  Our screen fix was spent huddled around a laptop and watching pirated movies. However, Ben gets kudos for setting up a surround sound system that made our viewing time more enjoyable! 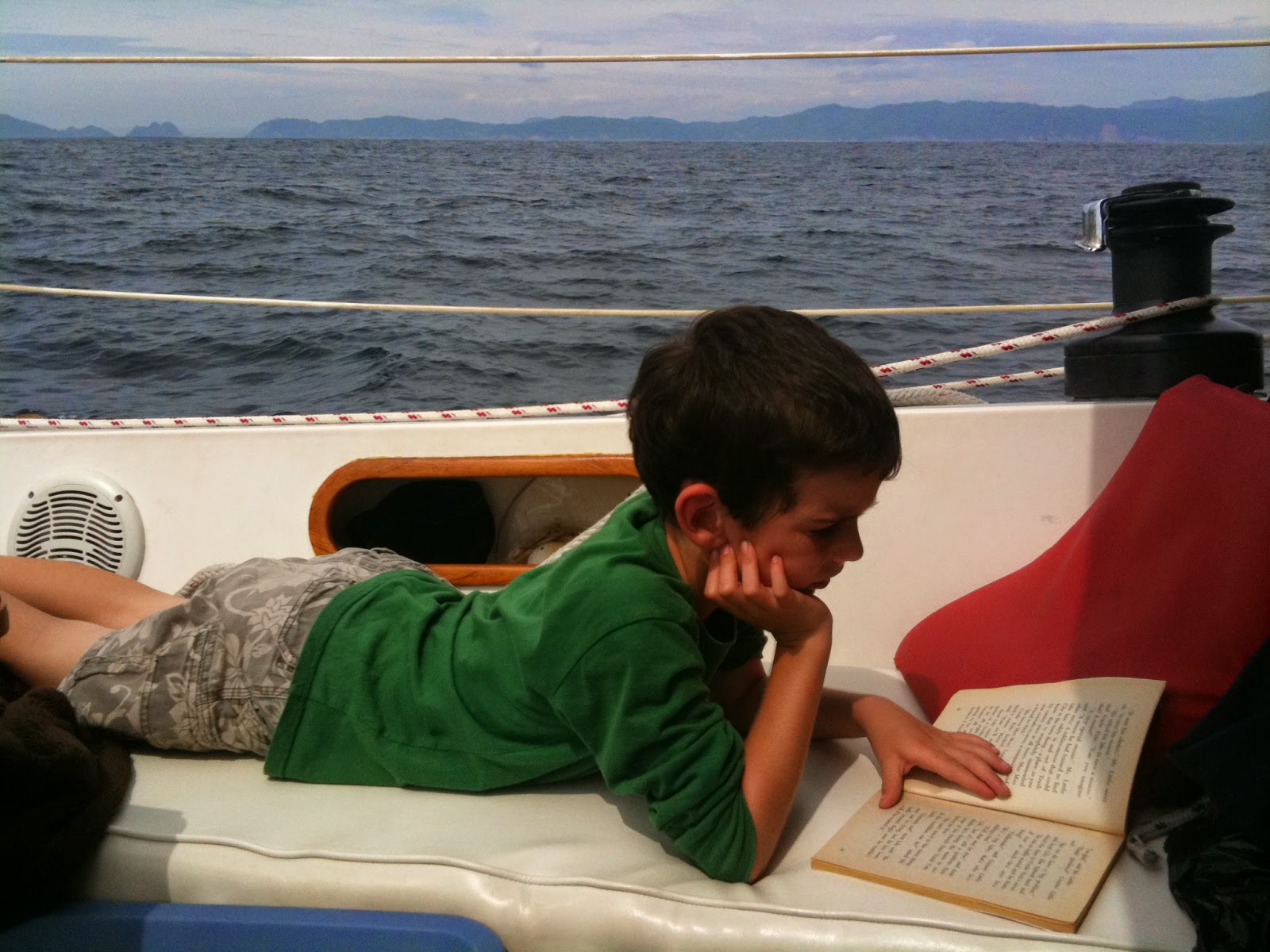 Much of our free time was spent reading or simply sitting in the cockpit talking. Although it took some adjusting (I longed to watch Giant's games while making dinner), I have to admit, I enjoyed this escape from reality shows and the always depressing nightly news.  Instead we found ourselves watching a wide variety of movies and immensely appreciative when we discovered a favorite on a friend's hard drive. It's ironic that I now find myself searching the 1000's of movies on On-Demand, only to become overwhelmed and shut off the television.

Because Latin American copyright laws are vastly different than in the United States, we were free to download movies and some t.v. shows off of pirate websites and then share the flicks within our floating community. We spent many hours sitting in places with internet, sucking up the public bandwidth just to add a new movie to our media library. We literally and figuratively had become PIRATES!

When arriving at a new anchorage it was usually Mickey and J.P.'s first order of business to get on the radio and start interrogating other boats about their movie selections. This would inevitably lead to strangers arriving in their dinghy for Knee Deep's cocktail hour with thumb drives securely wrapped in Ziploc bags. Even salty sailors are suckers for little kid's pleading requests!

While underway for a couple of days, our discussions often led to the topic of our favorite movies. During one of these stretches, Ben and I started quoting an all time favorite, The Princess Bride. After a simple request Ben would reply, "As you wish" and I showed off my lateral lisp imitation proclaiming "Inconceivable!".  By the end of the two day sail, the boys were slashing the air with their swords yelling, "Hello! My name is Inigo Montoya...you killed my father....prepare to die!!"

After arriving at  our destination, where only two other boats were anchored out, Mickey put out a radio call asking if anyone had a copy of  The Princess Bride. I remember thinking there was no way one of these boats in the middle of nowhere, would have this decades old movie onboard. Within seconds a voice came over the airwaves confirming that indeed they had a copy and to drive on over. Later that night we were chuckling and eating popcorn enjoying a classic with our boys. 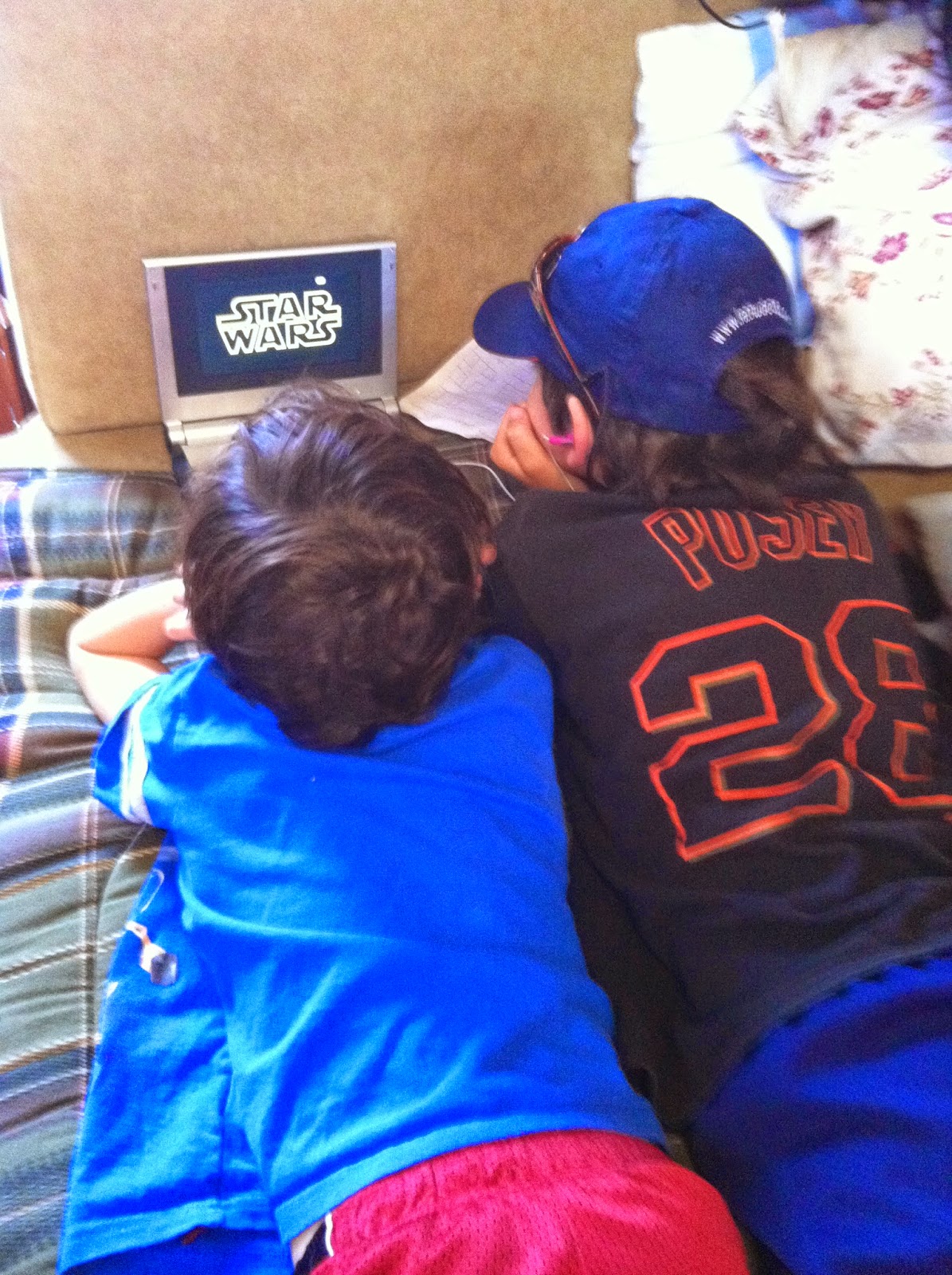 As we soon discovered most pirated movies are not labeled with a rating. This led to the Frat Brothers being exposed to several movies we would never would have let them watch at home. Their all time favorite R rated movie that slipped by their parents censorship.......Paul, a movie about a swearing, beer swilling, bisexual alien. Thinking back now, perhaps this is where the inspiration for the Swear Jar (Pig) came from!!!

So to celebrate the large and diverse selection of movies we now have on land, The Frat House Mother came up with an idea to keep the Frat Brothers busy this summer.  If you are looking for a way to keep your kids from becoming zombie-like video game freaks this summer, here's an idea for all of you movie lovers out there. I'm starting with the movie "Invictus" with Matt Damon and Morgan Freeman.

Have a great summer!


2. Research the topic of the movie to become an informed viewer


3. Discussion Group: talk about themes of the movie, why the producer made this movie, or other topics.


5. Brainstorm movies for next week


-      Come up w/ birthday present ideas for the 4 main characters. Draw a picture and write a few sentences explaining why you chose this present


-      Create a comic strip of your favorite part of the movie

GET THE KID'S PERSPECTIVE!